Botia Fish: Types, Prices, How to Care & How to Cultivate

Botia fish in Indonesia are often referred to as clown fish.

Botia fish are in great demand by aquascape lovers because these fish have a small body and are also beautiful. 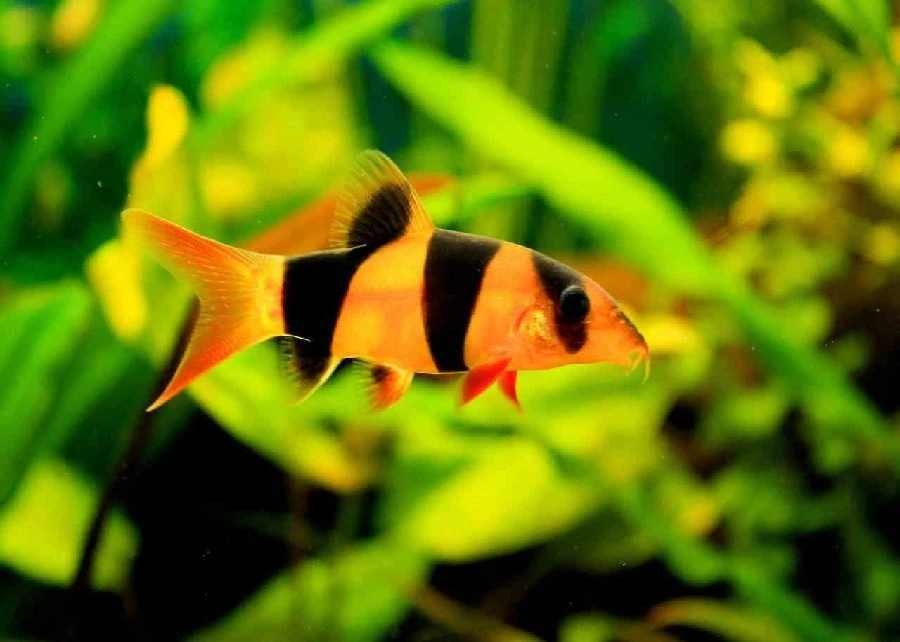 An ichthologist who is also a doctor from Holland, Peter Bleeker said that this botia fish was first discovered in 1852 and classified the fish into the Loach family.

Then in 2004, an ichthyologist from Switzerland named Maurice Kottelat made changes that this clown botia fish was separated from the loach family and gave it a Latin name Chromobotia Macracanthus.

The Clown Botia fish itself comes from Sumatra, Borneo, Kalimantan and Malaysia.

These fish usually inhabit streams, but during the rainy season and spawning season, these botia fish will usually migrate upstream and settle in smaller tributaries.

Botia fish usually live in calm waterways and are filled with thick vegetation for shelter.

The maximum size of this fish is 30 cm. However, in its wild habitat, the largest botia fish have ever been found, reaching 40 cm in length and about 20 years old. 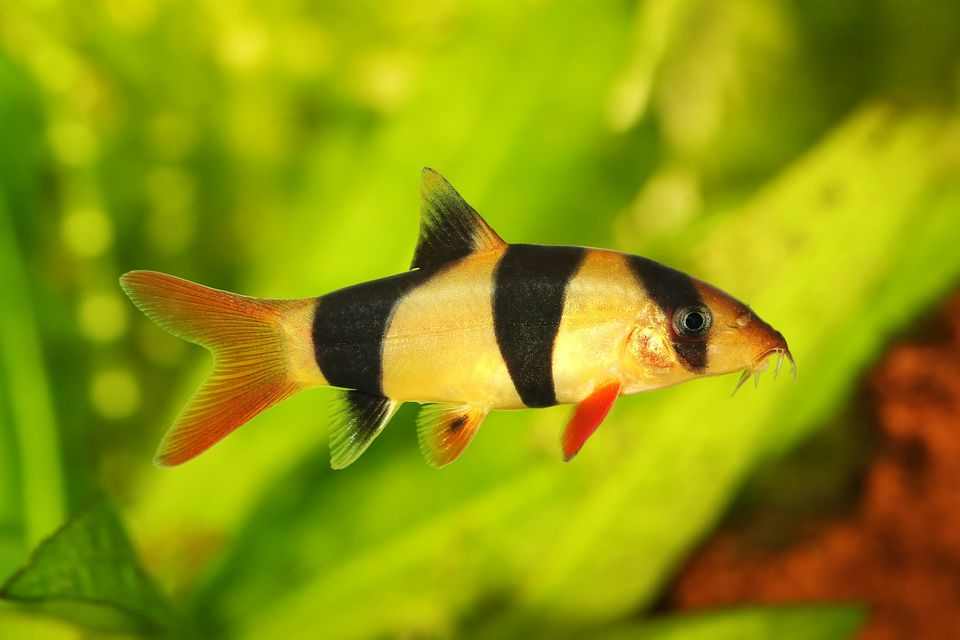 This fish has a round, elongated body shape and has a bright body color.

This fish also has four pairs barbels or some kind of mustache like catfish.

The mustache is useful for looking for food in muddy water.

Botia fish are ornamental fish that like to live in groups. Swim to and fro simultaneously.

When in a group, Botia fish will feel safer, more comfortable, and avoid stress.

These fish will usually rub their body parts against each other, stretch their fins, and swim simultaneously.

Botia fish itself is divided into several types that we can find on the market. 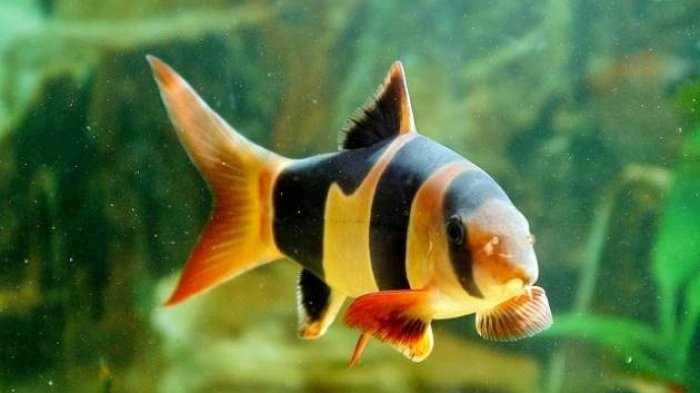 Botia fish with Latin names Chromobotia Macracanthus This is the most popular Botia fish murpakan in Indonesia.

It is small in size and has a very interesting color with a golden yellow base color and is decorated with 3 stripes in black.

This fish is also often referred to as the Botia Clown fish.

This fish has 4 pairs of barbels on the front and a pair of fins on the chest.

To be able to distinguish these fish, the Kalimantan Botia fish have a pair of fins on the abdomen with reddish orange and black colors.

Meanwhile, the Sumatran Clown Botia fish, the fins are all red. 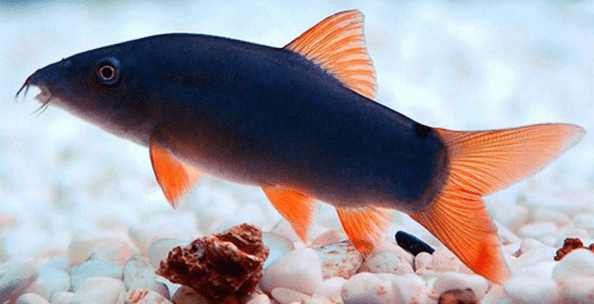 As the name suggests, Blue Botia with the Latin name Yasuhikotakia Modesta has a blue color all over its body with bright red fins and tail.

Botia fish of this type are usually found in the waters of Laos, Cambodia, Thailand and Vietnam.

This fish has a curved and elongated shape, the color of the fins of this fish is not only red but some are bright orange.

When they are young, these fish tend to be greenish gray.

This type of Botia fish comes from Thailand, to be precise in the waters of the Mae Klong valley, the Khwae Noi river, and the Utaran river.

This fish has the characteristics of a line with a pattern that forms like a chain with black found on its body from the head to the base of the tail.

According to available data, the population of this fish has greatly decreased due to hunting in the wild, which is currently protected by the Thai government. 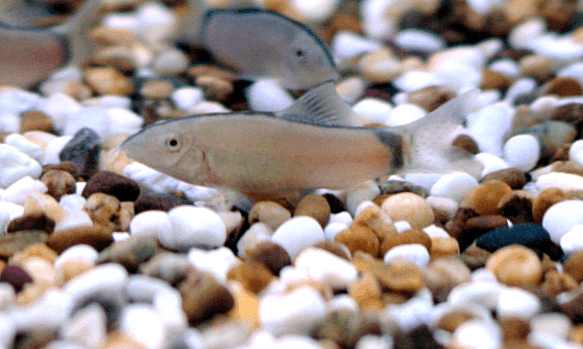 This fish also comes from Thailand, to be precise in the Chao Phraya river, the Mekong river, and the Mae Klong river.

This type of Botia fish has a more pointed and advanced mouth shape when compared to other Botia fish.

In the jaw, there are spines that can close and open.

This Botia Skunk fish has a silver gray body color with a thick black outline at the base of the tail.

Botia fish of this type are quite aggressive, therefore it is highly recommended to mix these fish with other fish that have smaller body sizes. 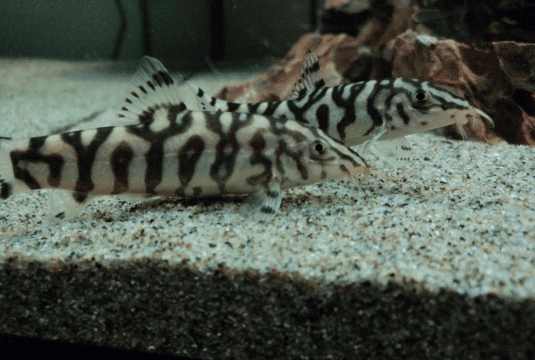 This fish comes from India and Nepal. This Botia fish is also very often called the Botia Pakistani fish or Pakistani Loach even though this fish does not come from Pakistan.

This fish is found mostly in the river Ganges with calm currents.

This Loach fish has a distinctive white and black-gray pattern with irregular shapes all over its body. 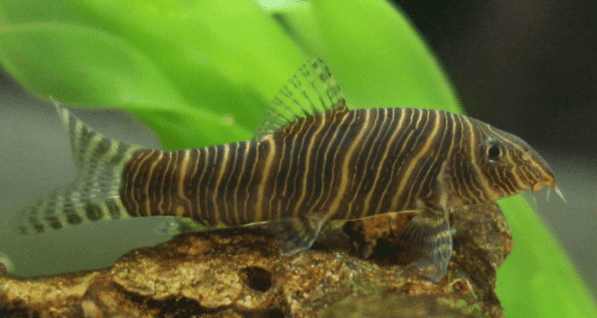 Botian Zebrafish (Botia Striara) It has the largest size up to 9 cm.

This fish comes from India, more precisely in the Western Ghats.

This Botia Striata fish has special characteristics in the form of black and brown stripes all over its body, and the tail has a black and brownish white striped tail.

This Botia fish has a shy nature and prefers to spend its time hiding behind rocks or water plants.

Bengal Botia Fish (Dario Botia) are found in Bhutan precisely on the Gaylegphug river, and in Bangladesh which are commonly found in the northern and eastern parts of Bangladesh.

Botia fish of this type are omnivorous or all-eating fish.

This fish can reach the largest size as long as 25 cm and has a sharp mouth and there are spines on the side jaw.

This fish is characterized by a vertical striped body and a silvery color.

The original habitat of this fish is found in Indonesia, precisely in Sumatra and Kalimantan.

Botia Macan is a calm type of fish. These animals really like to eat worms, zooplankton, dedritus, and small animals in the river.

This fish is very fond of activities at the bottom and looking for food. 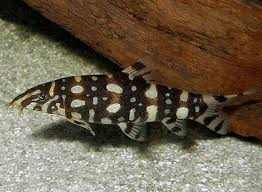 Myanmar Botian Fish (Botia Kubotai) commonly referred to as Angelicus Botia or Angelicus Loach whose natural habitat is in the Burma river, Myanmar.

This fish can grow up to 13 cm with a special characteristic elongated shape, curved back, and has a sharp head with a pointed mouth surrounded with spines.

Myanmar Botia has a body color of brown and gold.

This fish has a peaceful nature when compared to other Botia fish. 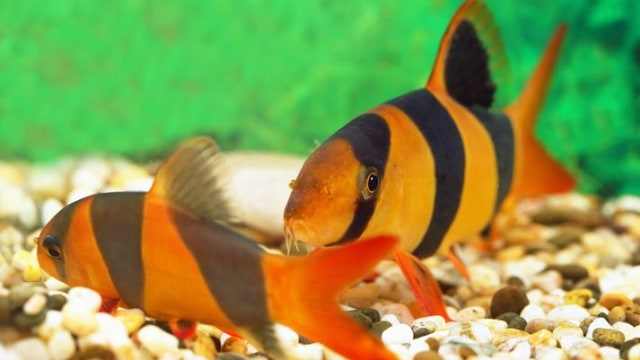 How to Care for Botia Fish 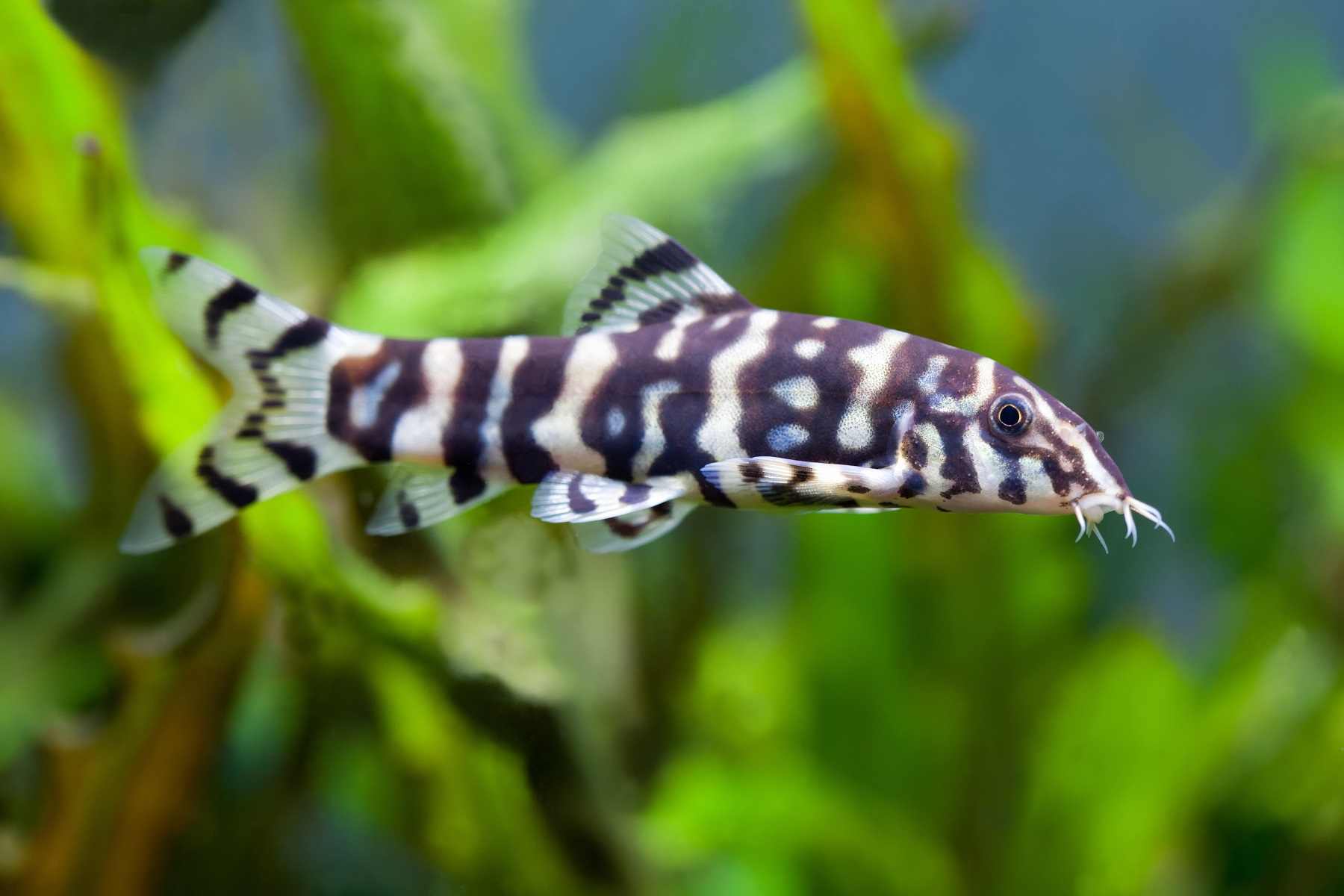 Botia fish care is not difficult, we only need to pay attention to the aquarium where these fish live.

Because these fish usually live in groups, you should keep these fish in small groups of about 5 in one aquarium that is not too small.

For aquarium water, it should have a temperature of 23-27 degrees Celsius and a water pH of 7 (neutral).

For feeding, this fish can be fed 2 times a day. No need to worry if you forget to feed this, because botia fish will usually eat leftover food stuck to the rocks or plants in the aquarium.

Therefore, you should equip the aquarium with accessories such as sand, coral, rocks, wood and aquatic plants.

In their natural habitat, this fish is a carnivorous fish that eats smaller fish and small insects.

However, it turns out that this fish can also eat water plants, especially plants with soft leaves.

So it can be concluded that this fish is an omnivorous fish that can eat various types of food.

How to Distinguish the Sex of Botia Fish 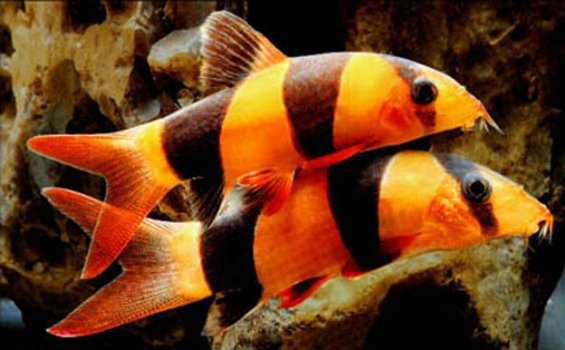 To be able to distinguish between male and female Botia fish is not difficult, we can easily distinguish the sexes just by looking at their physicality.

In addition, female Botia fish tend to have a slimmer body shape when compared to male fish.

How to Cultivate Botia Fish

Breeding Botia fish is quite difficult to do, because in their habitat this fish has its own season for breeding.

Meanwhile, Botia fish that are ready to spawn generally have a length of about 15 cm to 20 cm.

After you read all about Botia Fish above, maybe now you want to keep Botia Fish with these various types.