This fish from the barb family has an attractive color pattern and an active manner so that it is in great demand by ornamental fish lovers. 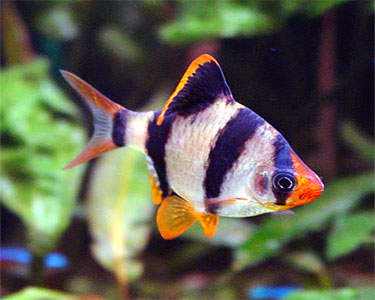 This fish has a round, flat body shape, and is also quite tall. This tiger fish has the main color, namely pink and gold.

While the back of the fish has a darker color, it is still red or slightly orange.

Whereas on the belly or bottom of this fish has a slightly yellowish white color.

Then the head is filled with red and also a little brown.

At the bottom of this fish’s back has a black color, while at the top there is a red color.

The pectoral fins also have a red color, while the other fins are usually transparent or a less striking red color.

Adult Sumatran fish usually have a body length of about 5 cm to 10 cm.

Meanwhile, the life span of this fish is not too long, on average this tiger fish can live around 3 to 4 years. 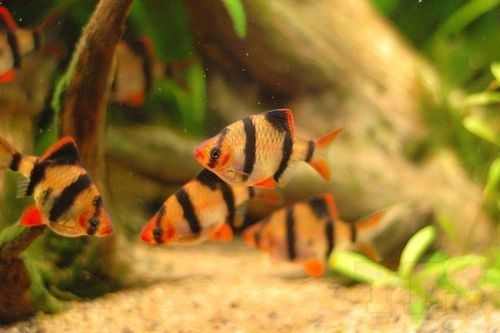 As the name suggests, this Sumatran fish comes from the Sumatra region.

This fish is spread in central and southern Sumatra. In addition, these fish also inhabit the waters of the Malay peninsula and Thailand.

For now, wild barb fish are also found in the waters of the United States, Australia, Colombia, and Suriname.

These fish usually live in small rivers with calm and clean currents and there are also many plants. 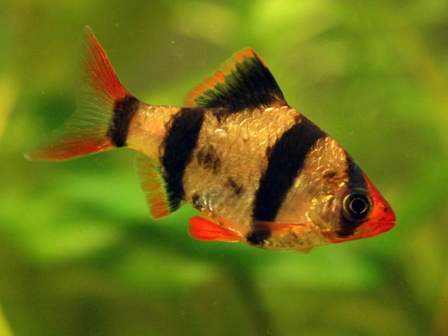 Before keeping these fish, make sure the aquarium you are using has a capacity of at least 50 liters.

You can also add a basic substrate in the form of small rocks and also nicely laid out sand.

In addition, you can also add various other accessories such as plants, large enough rocks, or corals as a place to hide from these fish.

Even so, but don’t put too many accessories so that it makes the aquarium narrow.

Because if the aquarium is narrow, this tiger barb fish will be very easily stressed and then turn aggressive or can even cause death.

As for aquarium cleanliness, you must regularly replace the water at least 25% of the total water in the aquarium every 3 or 4 weeks.

In addition, you should also use a filter pump so that dirt in the water such as fish waste and feed residue can be lifted. 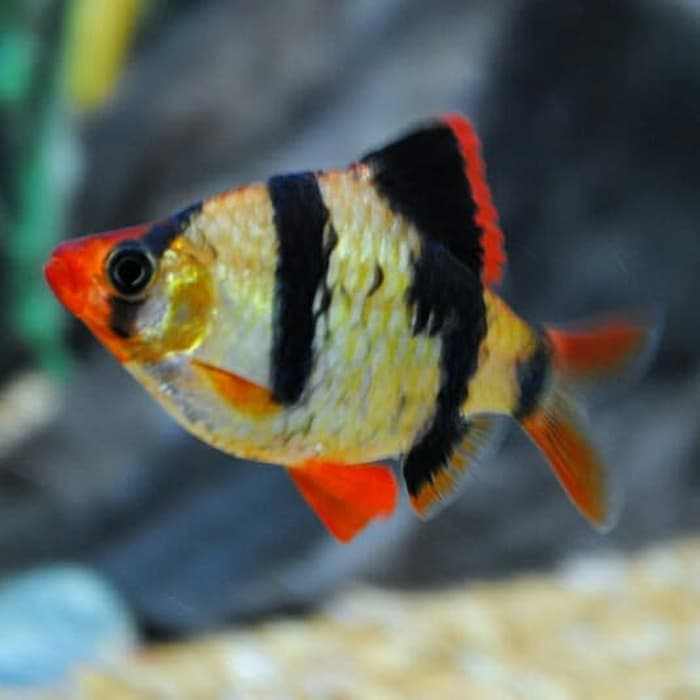 Actually maintaining Sumatran fish is not difficult and can be maintained even by beginners.

In order for these fish to remain calm and not turn aggressive, a good aeration system and water hygiene must always be maintained.

In addition, do not carelessly mix this fish with other types of fish that have long fins and tails.

Because usually this tiger fish will bite and damage the fins of other fish.

This fish is also included in the type of fish that is active and likes to move freely, so try to keep this fish in a large aquarium and with just enough accessories. 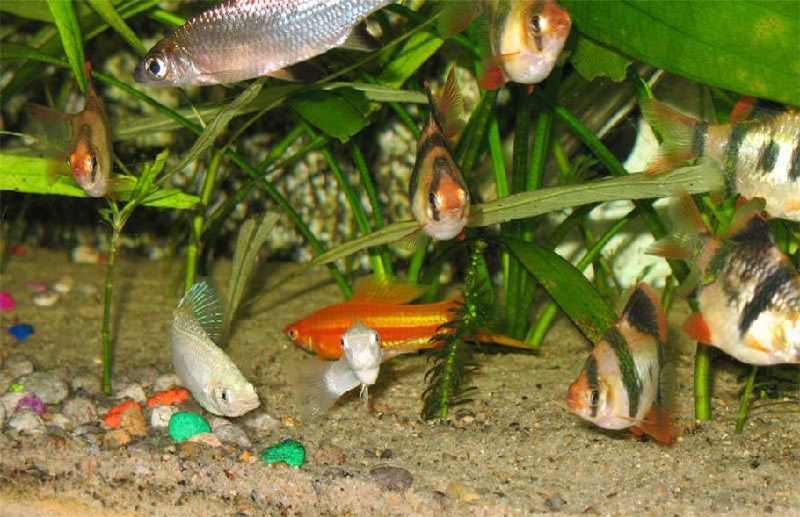 Sumatran fish is indeed classified as one of the most aggressive fish, therefore the choice of an aquarium companion must be considered.

You can mix this fish with other types of fish that are almost the same size and with short fins.

Keeping tiger barbs together with fish with long fins is a very bad idea.

Because the tiger fish will really like to bite these fins.

In addition, don’t keep these fish with slow-moving fish like Manfish.

As a friend of this Sumatran fish, you can mix it with other barb fish, it can also be koi fish.

Tiger barb fish are omnivorous, which means they can eat anything.

Whether it’s dry food such as pellets, live food such as blood worms, or natural foods that stick to plants and aquarium rocks.

But you should, within a span of once a week you have to give live food to these fish.

That way their desire to attack other fish will decrease.

Also make sure that the dry feed you provide is guaranteed quality and does not make the aquarium water cloudy quickly.

How to Distinguish Gender of Sumatran Fish 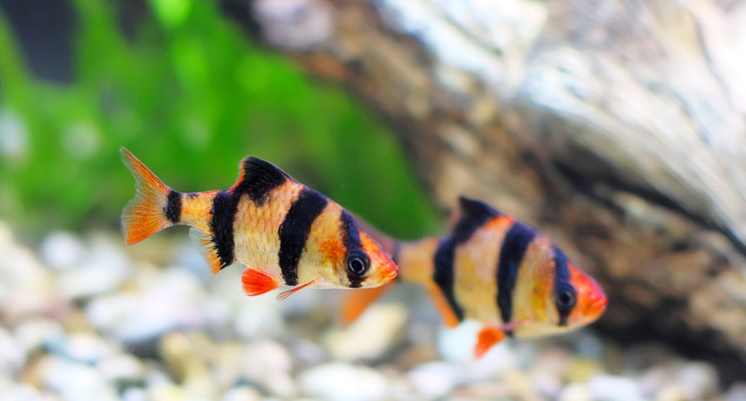 To be able to distinguish the sex of this tiger barb fish, first make sure that the fish has entered the age of 6-8 months and over.

Because if you haven’t entered that age, then surely you will find it difficult to distinguish between male and female tiger barbs.

One of the ways to distinguish gender is through color.

Male fish have a brighter body and head color when compared to females.

In addition, the body shape of the female fish will look bigger and fatter, while the male will look slimmer.

How to Cultivate Sumatran Fish 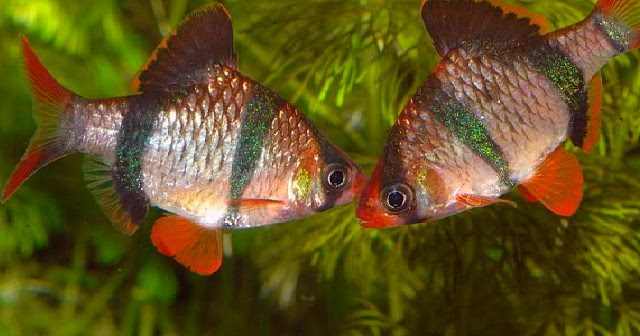 To cultivate this fish, make sure the fish is 5 to 9 months old so that the fish are ready for spawning.

The average female Sumatran fish can produce about 400 eggs. Sometimes there are even female tiger barb fish that can produce up to 800 eggs.

Egg growth usually takes about 1 to 3 days depending on the quality and temperature of the tank water.

After 3 or 4 days of age, the eggs will become fish larvae that have started to move.

After reaching the age of 1 month, the young fish will begin to show body color like adult Sumatran fish.

For spawning, you can do the following:

Sumatran fish is indeed one of the favorite ornamental fish, after you read all about Sumatran fish, maybe now you will also be more interested in keeping it.