Sword fish: Types, Prices, How to Care, and How to Cultivate

Meanwhile, Heller is the name of someone who caught this fish for the first time in a Mexican lake in 1848. This fish comes from the Poeciliidae family.

This fish is very popular among ornamental fish lovers, because they have a unique tail resembling a sword and they are also very widespread.

The body color of this fish varies widely, but the most dominant one is red with a black tail. This unique fish can live up to 3-5 years in an aquarium if cared for properly.

This fish is a quiet fish, but in reality this fish is not the case. They can be aggressive towards each other. This depends on the character of each swordfish.

But still, these fish can still be incorporated into the aquarium with several other small ornamental fish such as tetra fish, angelfish fish, kuhli loach, kribensis, and so on.

In addition, this fish is also not a demanding fish about food. Swordfish can eat anything provided by their owner such as live food, artificial food, and frozen food.

You also have to pay attention to the nutritional content, other consumer reviews, and the impact of these foods on aquarium cleanliness. 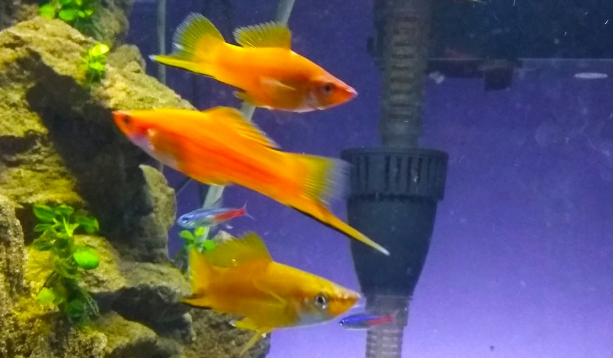 There are many types of swordfish in this world, but only a few types are popular among ornamental fish lovers.

Here are some examples of types of swordfish that are popular among ornamental fish lovers: 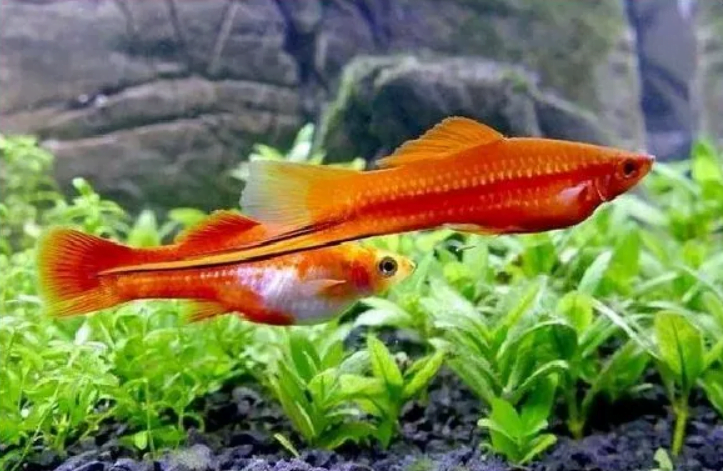 Platy Sword fish are swordfish of the Platy type.

This fish is usually kept in an aquarium or aquascape because of its beautiful shape and color.

The Platy Sword fish has a special characteristic on its tail which has a sharp and long shape like a sword.

As the name suggests, the Green Swordtail is a swordfish with a predominantly green color.

Meanwhile, the upper fins and tail usually have a slightly greenish transparent color.

Of course, the fish’s tail has a sword-like shape on its underside.

The tail has a bright green color which makes it very beautiful if kept in an aquascape with a rock theme.

Yellow Swordtail is a type of swordfish with a bright yellow body color and usually has a black color on the tip of the body before the tail.

This Swordtail fish is very easy to find on the market. 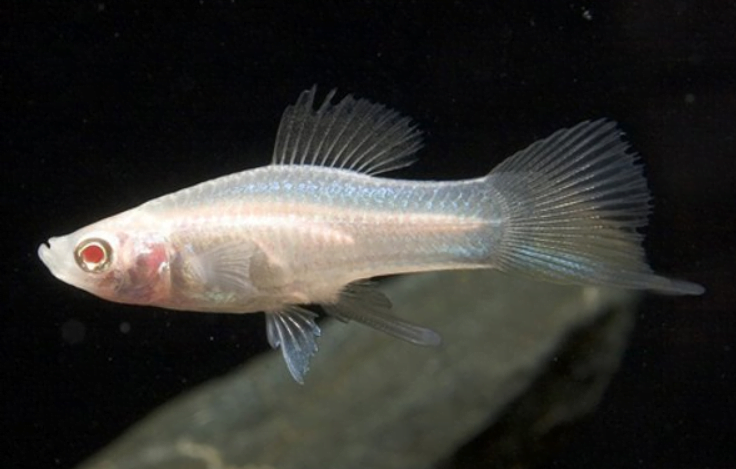 Albino Swordtail is an albino swordfish with white all over its body and red on its eyeballs.

This albino type Swordtail fish has a higher selling price because it is very rarely found. 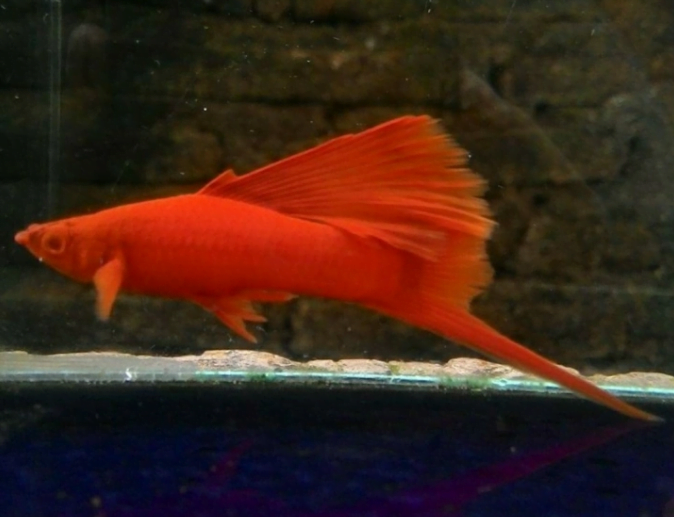 Albino Blood Red Swordtail is a sword fish that is almost the same as an albino but has a blood red color all over its body including its fins and tail. 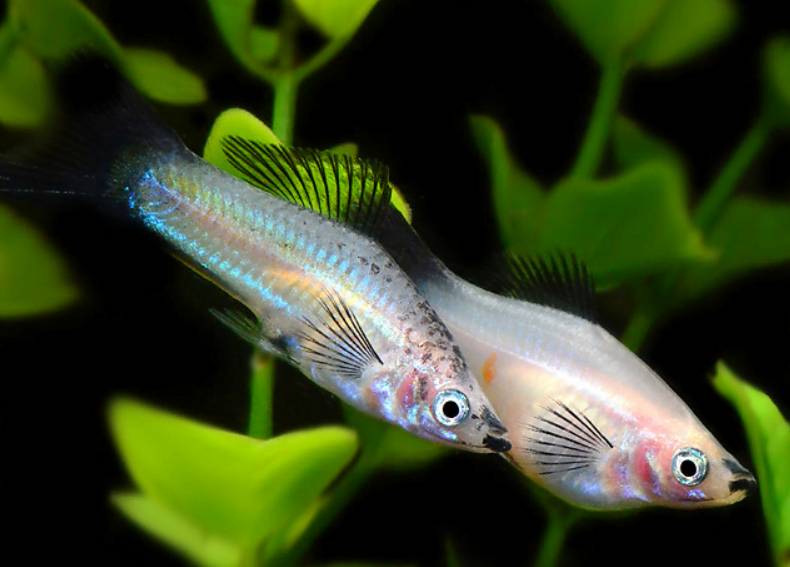 Panda Swordtail or Oreo Swordtail is a sword fish with white and black patterns like a panda.

This fish has a very charming blend of white and black, so it is quite much sought after and in demand. 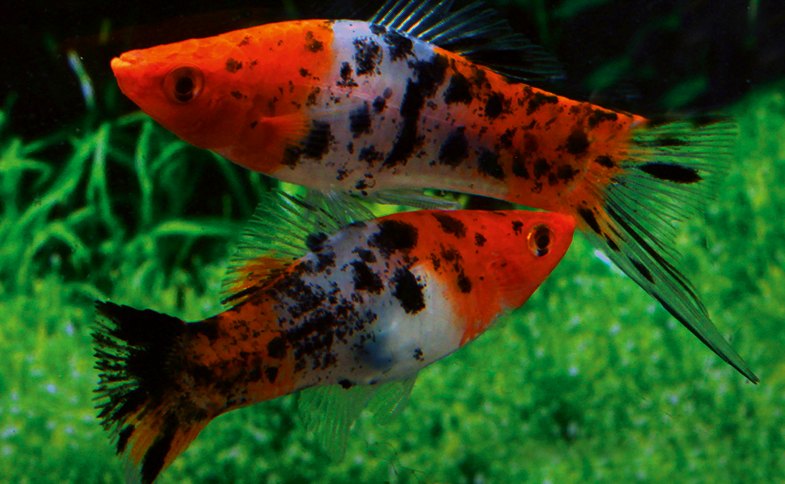 Sanke Swordtail is a swordfish with a mixture of white, red, orange and black colors.

This color tone is more or less similar to the color hue of a koi fish.

This fish is classified as quite active but not destructive because of its small size. Therefore it is very suitable to keep these fish in the aquascape. 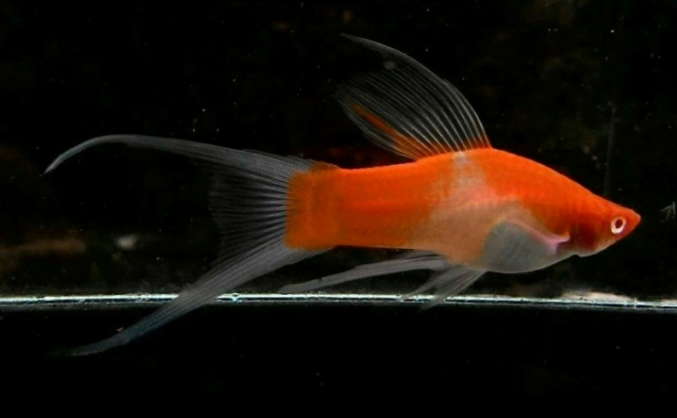 Kohaku Koi is a freshwater swordfish from the koi family that has a sword-like tail on the lower and upper tail.

In contrast to other swordfish which only have a tail like a sword at the bottom. 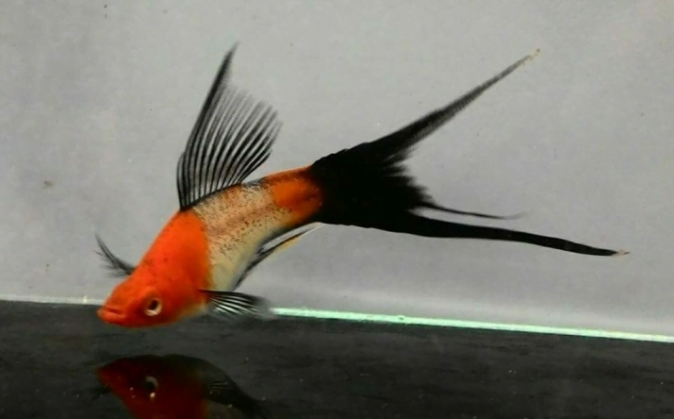 The Kohaku Wigtail is a type of swordfish that is almost the same as the kohaku koi.

The difference is that the fins and tail of this fish have a charming black base color. 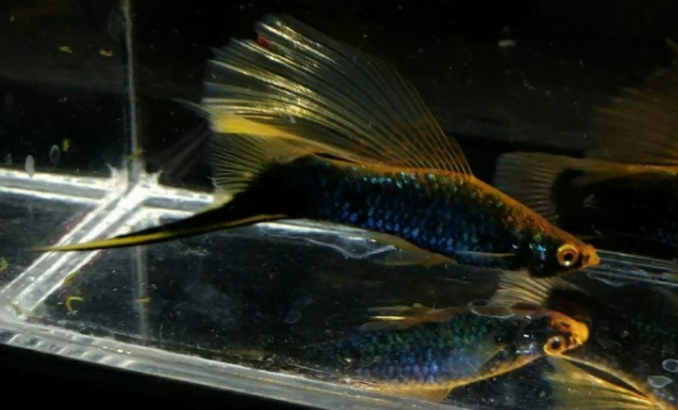 Hamburg or Berlin fish is one of the sword fish which is quite difficult to find in the Indonesian market.

This fish has a very attractive color pattern, especially when exposed to the light of the aquarium. 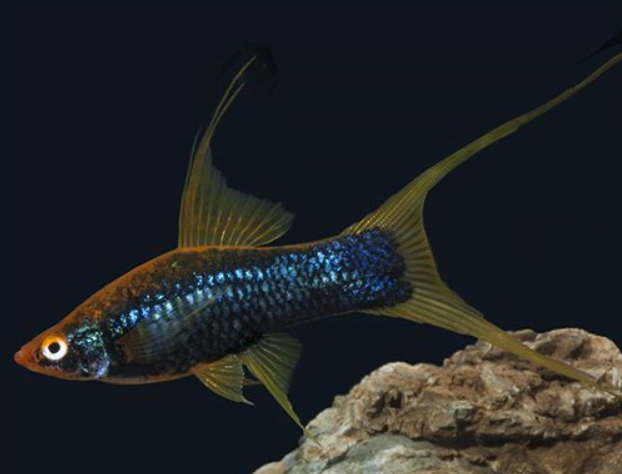 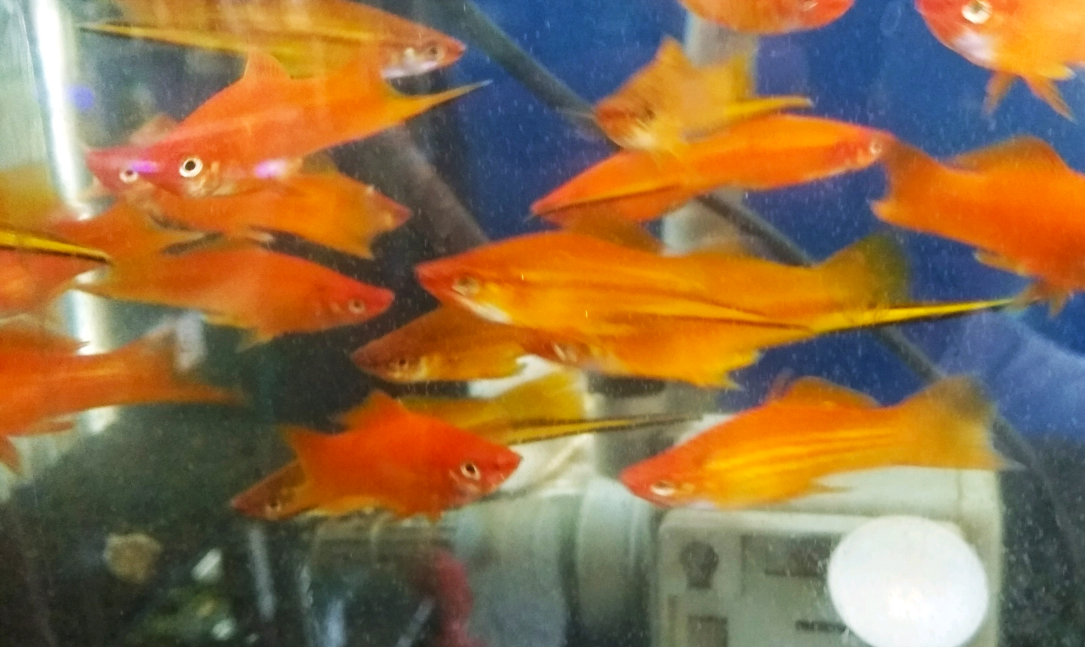 Sword fish is included in fish that are easy to breed, tough, and resistant to all diseases. Thus, this can be one of the most promising business opportunities for us.

The market demand for this fish is quite a lot.

The method of cultivating swordfish is not much different from other types of small fish, namely:

Tips for Caring for Sword Fish 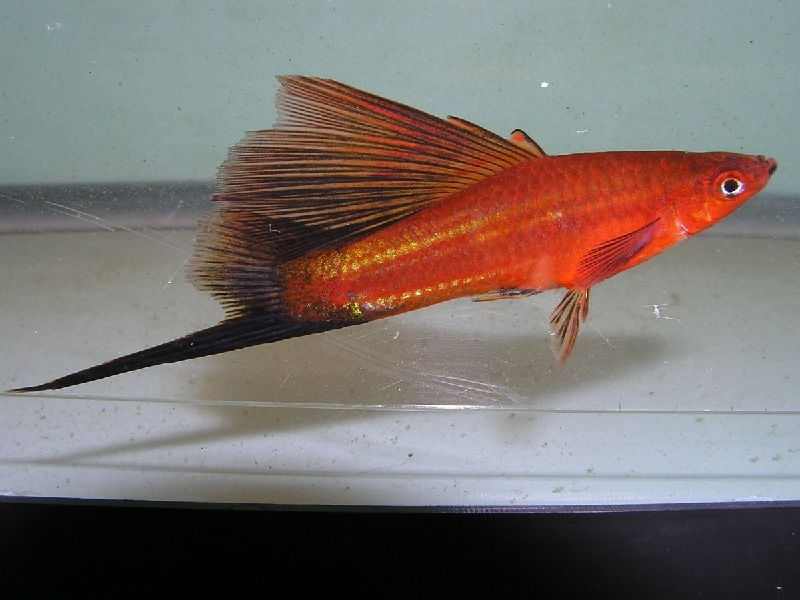 Sword fish usually live in lakes, swamps and lagoons. However, these fish can also live in an aquarium. There are a number of things that must be considered if you keep them in an aquarium.

Here are tips for caring for swordfish in the aquarium: